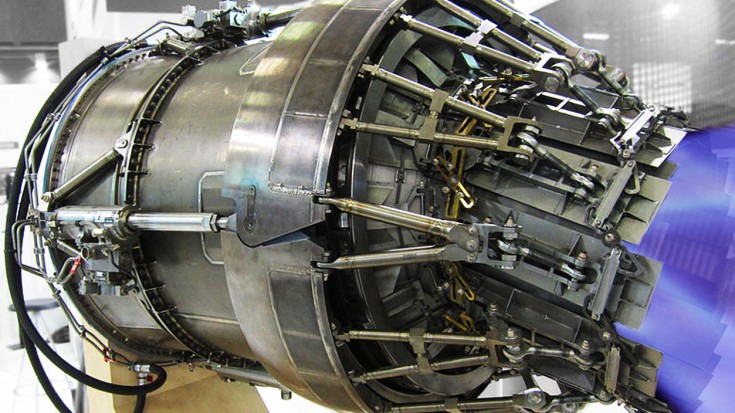 Can’t Imagine What Went Into Designing That.

This is just a small test of what a thrust vectoring nozzle can do, but man is it impressive. Aside from looking simply amazing, it’s also one of the most functional engine types of today. Although there are many fighter planes that use this, the most known are the Sukhoi series planes that come out of Russia as well as the F-22s and F-35s in the USAF inventory.

Vector thrusting is used on rockets and missiles as well if they’re flying through space, aerodynamic surfaces don’t work when the air is too thin or nonexistent.

The purpose of TVC (thrust vector control) is to simply manipulate the direction of the thrust. This allows aircraft be able to perform VTOL and STOL, meaning, they can take off from a stationary position and go straight up. Also, it makes such aircraft much more agile making maneuvers such as “the cobra” possible among many other things.

The engine that is being tested in this video is Eurofighter Typhoon’s EJ230 made by Eurojet. It’s based on Rolls-Royce’s XG-40 jet engine and being successfully implemented in Typhoons for over two decades, there were over 1,400 engines produced overall.