Thunderbolt And Skyraider Showing Off Their Muscle 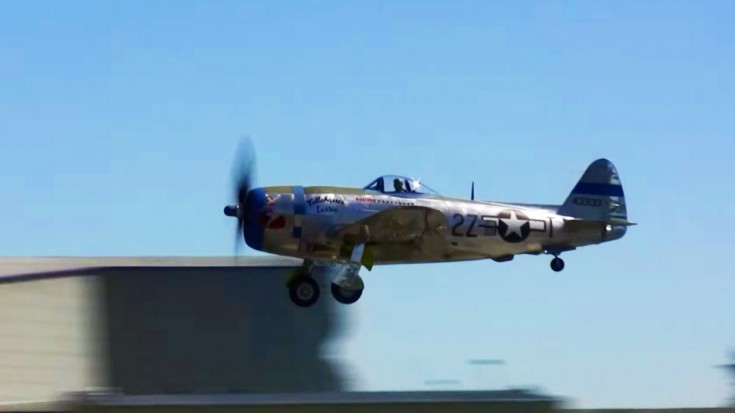 As Always, The Jug Steals The Show

The Flying Heritage Collection displayed two of their birds back in 2011, flying a Thunderbolt and Skyraider in Bellingham, Washington. Both quite bulky in appearance, these tough birds look great flying in formation. The ‘Jug’ and ‘Spad’ as they were nicknamed, were very successful as fighter planes, though not in the same war. The Thunderbolts were introduced in 1942, right in the middle of World War II. The Skyraider on the other hand, just missed it with its introduction in 1945, but served faithfully in the Korean and Vietnam wars.

Here’s what these warbirds were armed with:

Both these attack planes were used as dive-bombers as well, due to their toughness and bomb carrying capabilities. The Thunderbolts were especially deadly during World War II. Weighing over 12,000 lbs while equipped with bombs, they could out-dive all enemy planes while heading for a target. Approaching the ground, their eight machine guns pulverized anything in front of them, making them one heck of an adversary.