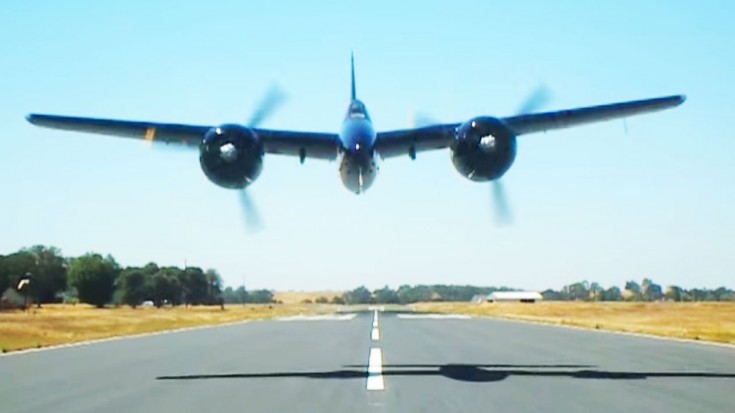 That Cameraman Is Either Fearless, Crazy Or Both

The Grumman F7F Tigercats were designed for the United States Navy During World War II, but arrived too late to see any combat in the war. Though made to be carrier friendly, they ended up being used in land-based service in only one battle in the Korean War with the United States Marine Corps. They had trouble passing carrier qualifications since their inception, although the 4N variant did pass with heavy modifications. Only 12 such models were built, with a total of 364 Tigercats being produced overall.

“It’s the best damn fighter I’ve ever flown.”-Captain Fred M. Trapnell, One of the best pilots of his generation

As for their armament, the Tigercats were designed to hold their own. They were equipped with 4 .50 caliber M2 Browning machine guns and 4 20 mm M2 cannons. Also, they could carry 2 1000 lbs. bombs under their wings or 1 torpedo under their fuselage. With that fire power, you wouldn’t want to be on the receiving end. As for speed, their 2 Pratt & Whitney R-2800-34W Double Wasp engines produce over 2,000 horsepower each, giving the Tigercats a maximum speed of 460 mph. After the Korean War Tigercats were retired from service and either sold off as surplus or, sadly, scrapped.