Time-lapse Of An Airplane Boneyard Is Fascinating 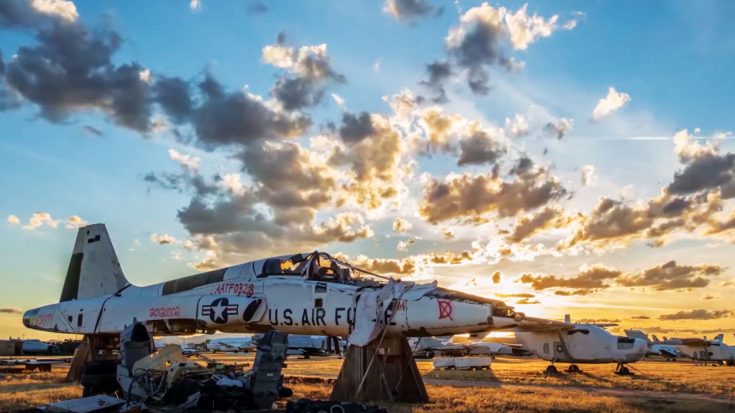 This Is Very Bitter Sweet.

Sometimes things that are sad can be really beautiful, especially if they’re captured in a unique way. This video is definitely proof of that.

A Youtube Channel called Aviation Buzzword just uploaded what you might consider the most mesmerizing aircraft videos ever. Sure, we would rather see these planes flying, but there is something very peaceful about this boneyard. Just think about the people who built these things way back when. Think about the pilots who flew them. The maintainers who fixed them. The missions they’ve been on. It’s really quite beautiful if you consider this sort of perspective.

Some of these planes were stripped down for parts in order to keep other aircraft flying.

According to the description, the person who made this video filmed it at the 309th Aerospace Maintenance and Regeneration Group at Davis-Monthan Air Force Base, Arizona. There are over 5,000 aircraft sprawled out across 2,600 acres and let us tell you, it’s quite an amazing place.

Here’s a bit of a warning though. The music is definitely the uploaders artistic choice. It’s meant to be calm and add to the somberness of the video, but it’s not for everyone. If you find it too repetitive or annoying, just mute the video. It’s still great without the music.