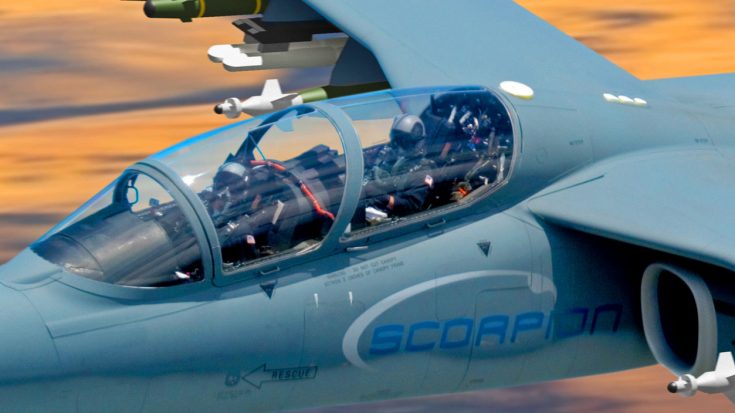 The United States has the most advanced Air Force of any nation on the planet. This includes everything from drones, stealth bombers, and advanced fifth-generation fighter jets are used to take on enemy militants. But at what point does it become overkill? Is it really necessary to use a jet that costs upwards of $100 million to attack terrorists with old guns in a rusty truck? With many military aircraft sporting such a high price tag, many believe it is time to start investing in inexpensive light aircraft.

“The Air Force should embrace a ‘high/low mix’ of fighter aircraft. Very expensive fifth-generation technology is not needed in every scenario…These aircraft could conduct counterterrorism operations, perform close air support and other missions in permissive environments, and help to season pilots to mitigate the Air Force’s fighter pilot shortfall.”

One light aircraft that the USAF has their eyes on is the A-29 Super Tucano, which sports a price tag of roughly $10 million. The other inexpensive light aircraft is the Textron Scorpion which was developed independently without any government contracts and sells for less than $20 million. Both of these fighters have yielded successful results in testing and also have operating costs only a fraction of other fighter jets.

“The amount of money wasted on fuel and airframe life alone for just a small portion of missions flown by existing platforms over Iraq and Afghanistan would have paid for a large fleet of light attack and surveillance aircraft many, many times over.”

It is entirely possibly for the Air Force to purchase several light aircraft for use in support roles to aircraft such as the A-10 as well as smaller scale targets. Where do you stand on the issue of light aircraft? Combat testing of the A-29 Super Tucano can be viewed in this clip.