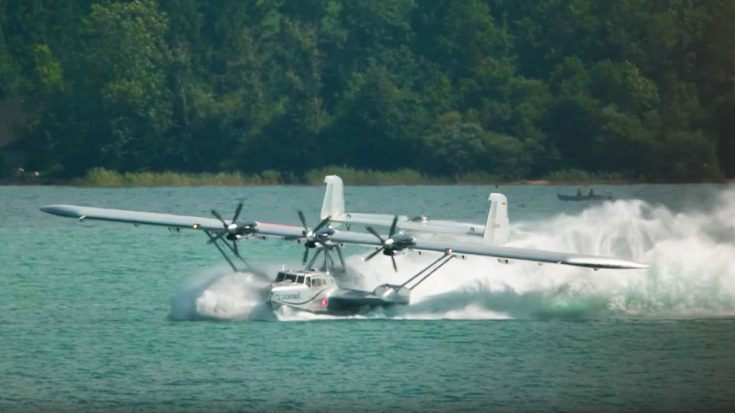 Not Bad Considering What Happened.

This incident happened at the 2015 Scalaria Air Challenge. Located in Austria, this is an annual air show where aviation enthusiasts from all over the world come to see and perform some impressive flying. The resort, being surrounded by the Alps, might also be why people go there.

During last year’s air show, however, things almost went south, but luckily no one was hurt. The whole thing was also caught on camera of course, as everyone was tuning into what the pilot was doing.

The Dornier Do 24 in this video was a German maritime patrol and search and rescue flying boat, which is responsible for 12,000 successful rescues.

The pilot of a vintage German flying boat called D0-24 was coming in for a touch and go on the lake. He’s done that countless times of course, but this time, things were out of his control. According to the official report, there was debris in the water (possibly a log) and the plane struck it. It sent the whole plane into an uncontrolled 270° spin before it came to rest.

The aircraft was beaten up but mostly undamaged. The boaters on the lake provided help with towing the plane back to shore. It was later inspected and restored to flying condition.