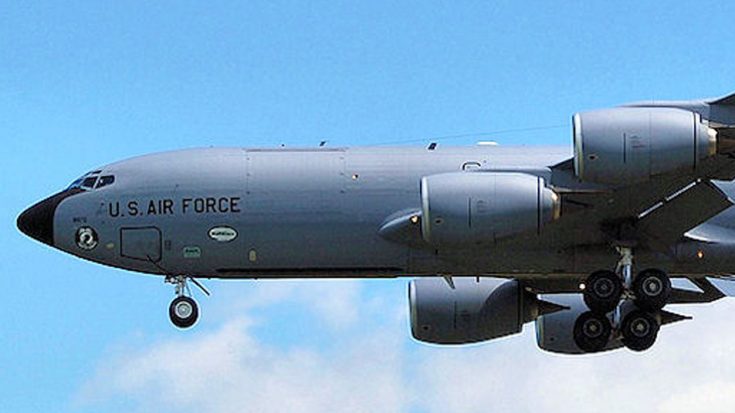 In our segment of “Today In History,” we look at a very tragic incident which took place back on June 26th, 1965 involving Marines and U.S. Air Force crewmembers who never made it to their destination to fight in Vietnam.

Flying out of El Toro Marine Corps Air Station in Irvine, California, the Marines were traveling to Okinawa to then get transported to their respective battlefields but only got 3 minutes away from their departure point.

The Boeing C-135A Stratolifter they were in had to clear a 1,300 ft ridge just over 4 miles from the airstrip but failed to do so by a whopping 250ft. It slammed right into the mountain.

The Marines who were sent to the scene of the crash were quoted saying, “As soon as we looked, we could tell there was no one left.” All that was left was crumpled metal and small fires all over the place as the entire fuselage disintegrated.

The subsequent investigation concluded the crash happened due to pilot error. As opposed to taking a prescribed left turn to clear the mountain the pilot flew straight and was unable to see the ridge due to dense fog and a light drizzle.

The takeaway from this story, looking back at it today, is how unacceptable that would be. We’ve had over a dozen crashes this year so far which took the lives of just that many of our pilots and crews, but back then losing 100 of our soldiers in one day was a tragedy but an expected one. In an all-out war like World War II or Vietnam, we sometimes lost hundreds if not thousands of troops during bloody battles and it was just a part of the fight.

This base from which this aircraft took off was decommissioned in 1999, but we found some really neat footage of someone who hopped the fence and captured a mini tour of what’s left of it.