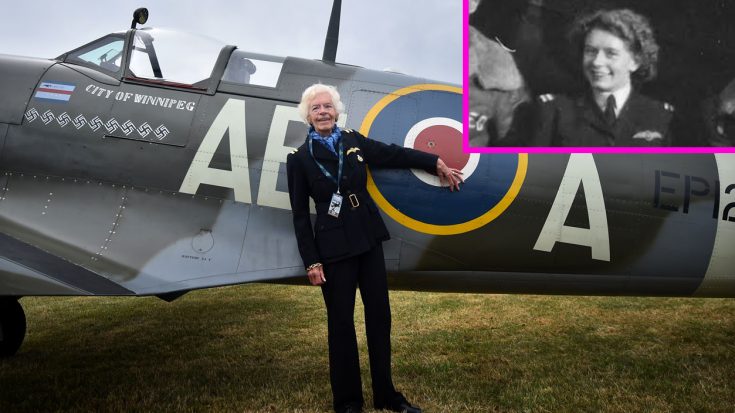 On July 26th, 2018, 101-year-old Mary Ellis passed away at her home on the Isle Of Wight. She was one of the first female aviators who paved the way for all future female pilots when she joined the ATA (Air Transport Auxilary) in 1941.

A Red Arrow pilot from the U.K. tweeted this after hearing the news:

The ATA was a British civilian flight program which was tasked with ferrying new, repaired and/or damaged military aircraft during World War II. As most able pilots were fighting during the war and women were not allowed to fly military aircraft, the ATA was mostly made up of women pilots which was previously unheard of.

During the war, the ATA put in 415,000 flight hours and transported over 200,000 aircraft from factories to airfields, scrap yards, and maintenance bays. This freed up a lot of needed time and resources for actual fighting while the ATA did everything else.

Mary was born in 1917 in Oxfordshire. She was always fascinated with flight and started taking lessons when she was only 16 and by the age 24 was flying for the ATA.

Over the course of World War II, she flew over 1,000 aircraft (76 different types) which included, Harvards, Hurricanes, Spitfires and later even jet powered aircraft.

In an interview later in life, she said her favorite was the Spitfire. You can see that interview below.

And as a testament of how great of a woman Mary really was, here’s a video of her flying in a Spitfire on her 100th birthday.