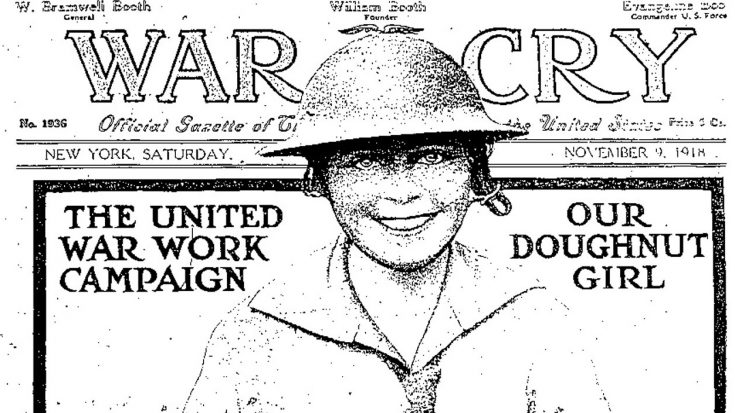 Here’s Some Food For Thought.

Although everything nowadays is commercialized and aimed to sell, sell, sell, some of the traditions we observe to this day are based on good-hearted intentions. Such is the case of National Donut (Doughnut) Day which is observed on the first Friday of June of each year.

As the United States was in shambles during The Great Depression from 1929 to 1939, many people were going hungry on the streets. The Salvation Army in Chicago decided to go back to their World War I roots and organize a fundraiser to raise money and help as many people as they could.

The women who served doughnuts to soldiers during World War I were called “Lassies” or “Doughnut Girls.”

During World War I, 250 members of the Salvation Army went over to France to raise morale, opening up little centers called “huts” near the front lines. They offered everything from clothing to comfort and guidance, but it was very hard for them to feed the soldiers. It was then that Ensign Margaret Sheldon and Helen Purviance thought up the idea of giving out donuts as they were the easiest and cheapest way of making baked goods at the time. You can see a picture of that above.

Long story short, the donuts were an overnight hit and in 1938, the Salvation Army revisited the idea which was just as successful in raising money and feeding people at the same time. It caught on since then and is now a celebrated across the United States every year although many people think it’s just a marketing ploy of big companies.

Now you know that is not the case.