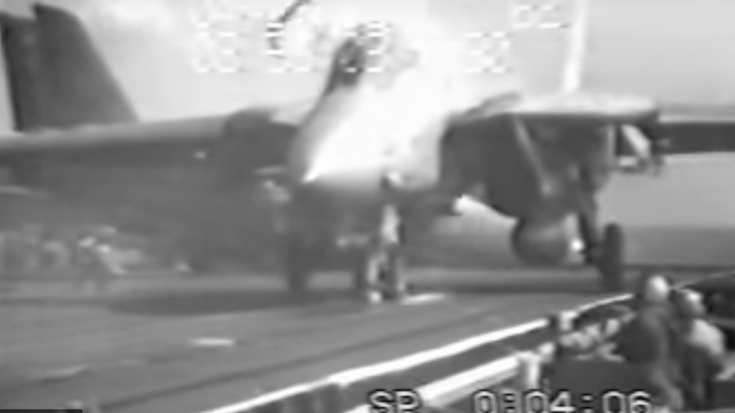 Don’t you just hate it when you’re getting ready to take off and someone forgets to put up the blast deflectors? That’s what we think happened in this video as there is no other explanation for it. Other than maybe someone forgot to pull the emergency brake.

This incident took place on April 5th, 1995. We’ve looked around the web for the incident report but only found a couple of pieces of information. Aside from the date which is actually in the video, we found out that this F-14 was part of VF-21 also known as Freelancers. They were operating out of USS Independence.

As you’ll see in the video, the Tomcat in the background starts rolling away as the one in front is powering up. The front wheel starts moving and eventually slips off the deck. Both crew members promptly punched out.

The only thing that we’re wondering now is what the crew went through after they were recovered. You got to do what you got to do but did they punch out too early? Either way though, they walked away from it so that’s all that counts.