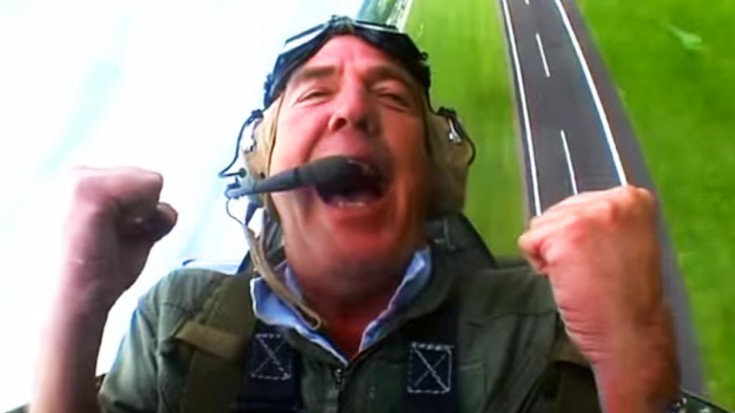 If you don’t know the show Top Gear (you should if you like fast planes btw), its about fulfilling your need for speed. The three hosts, Jeremy, Richard and James get to ride in every car of their choosing, walking their viewers through every spec of the vehicle.

Of course, the show wouldn’t be complete without them power sliding at high speeds as well! The show is fun to watch whether you like cars or not because of their personalities and that’s something you’ll enjoy seeing in this video as well. They love speed and beautifully engineered machines, so it’s no surprise that these guys’ dream was to ride in a Spitfire. On one of their episodes, they fulfilled that dream!

Here’s why these guys love the Spitfires:

Saying that they didn’t even imagine they’d ever be able to sit in one of these Spitfires, the three of them took to the skies and their reactions are priceless. They literally act like kids that were granted their favorite toy! It’ll definitely make you smile 🙂