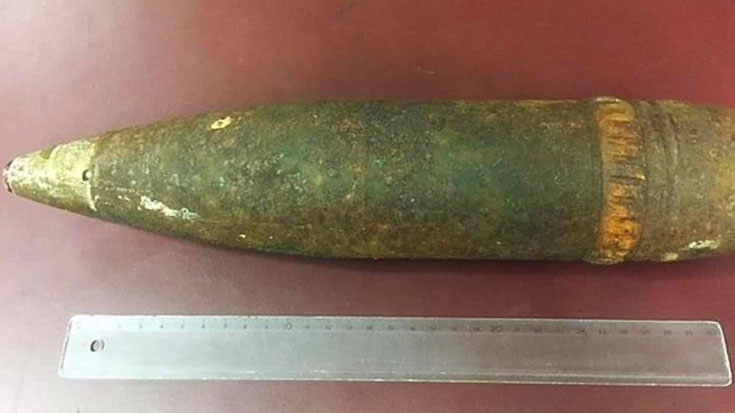 Vacations are overseas are usually a lot of fun and a way to learn about world culture. Tourists are known to bring back mementos of their travels for decorative purposes or just to have a story to tell. However, a tourist in Vienna, Austria had a very memorable experience when she tried to bring a WWII bomb on her plane back home.

Security at the Vienna Airport discovered that a 24-year-old woman attempted to smuggle an 11-inch shell in her luggage. Sure, it’s a really cool keepsake but not when you are putting the lives of hundreds of fellow passengers at stake. Apparently, she discovered the unexploded ordinance on a hike near Dachstein peak in the Austrian Alps.

She did have the courtesy to clean the bomb in her hotel room before packing it away to avoid other clothes from getting dirty. Bomb squads were called in to handle the situation, causing the Vienna Airport to shut down. The woman was briefly detained and fined nearly $5,000 for causing a mass panic at the airport.

We are all for preserving the history of World War II, but this is absolutely embarrassing. You would think she would learn that bombs aren’t allowed on planes from every TSA inspection ever.