The Trailer Of This New WWII Movie Looks Beyond Incredible 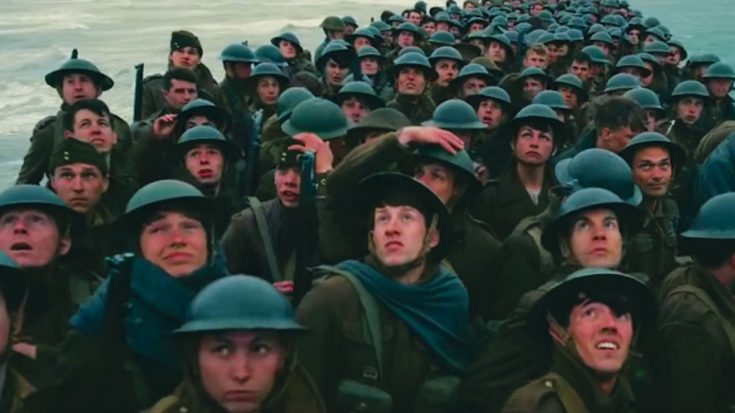 Seriously Can’t Wait For This.

We’re not clairvoyant, but we would like to say something way in advance. This movie is going to be the Saving Private Ryan of this decade. Mark our words, it’ll probably be the case.

The name of the movie is called Dunkirk. Now before we tell you a little background about the preface (it was a famous World War II battle), we’ll say why we predict this is going to be a hit. Not only is the story incredibly interesting, but the movie is written and directed by Christopher Nolan. You all should know him, and he hasn’t had a flop yet. From Memento to the Dark Knight, his movies are smart and incredibly entertaining.

If you’d like a more detailed description of the Battle of Dunkirk, click here to go to the Wikipedia page.

As for the subject matter, Dunkirk is a town in France which was a site of a major operation during World War II. Lasting only 9 days, this battle has been called a miracle. As the German army was spearheading into France, Allied forces were separated and then surrounded in this little town. Facing slaughter as their position was less than favorable and they were facing 800,000 Germans to their 400,000, they fought with everything they had.  This movie is about that and the ensuing evacuation.

The movie comes out during the summer of 2017. Sorry for showing you a cool trailer and then making you wait a year, but hey, this is pretty epic and at least you have something to look forward to.