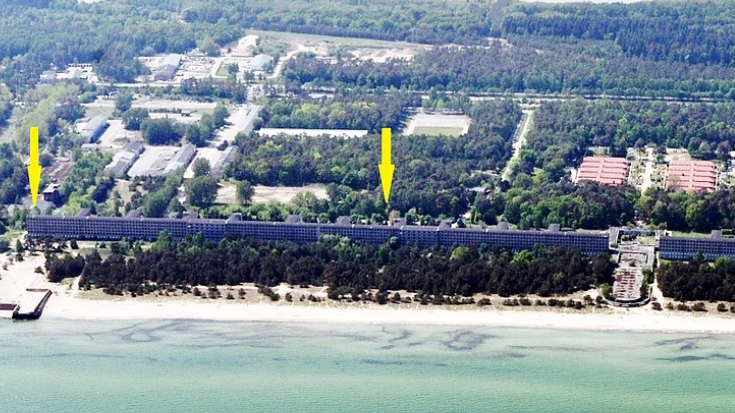 More than 70 years have passed since the fall of the Third Reich and much of their history has crumbled. Intricately designed superstructures meant to last for thousands of years were demolished or laying in ruins. However, there is one German superstructure that has remained untouched and still endures as one of the biggest buildings on earth.

A massive structure called Prora stands tall along the German coastline, spanning over 3 miles. At first glance, this building might be seen as a prison or military complex. But Prora was originally set to be used as a vacation resort for German citizens.

Germans were often seen as one of the hardest working people on earth, and the propaganda machine sought to soften that image. A massive seaside resort was planned for up to 20,000 guests as a getaway from work. Every German construction company and over 9,000 workers took part in erecting this behemoth superstructure.

However, due to the outbreak of WWII in 1939 resources were diverted away from Prora. Construction workers, metal, and concrete were essential to the war effort and it was never finished.

After the fall of the Third Reich, Prora was overtaken by the Red Army and used as a temporary military base. Soviet Soldiers looted the remains of the base and stripped away the materials. For decades this enormous complex laid dormant, crumbling along the German coastline.

As of 2018, Prora is no longer the rotting relic it once was. It has been renovated and revived as a luxury resort. Despite its new alluring appearance, there is a darker history behind Prora with dedicated exhibits to its origins within the Third Reich. This short video takes a look at Prora and its elaborate history.