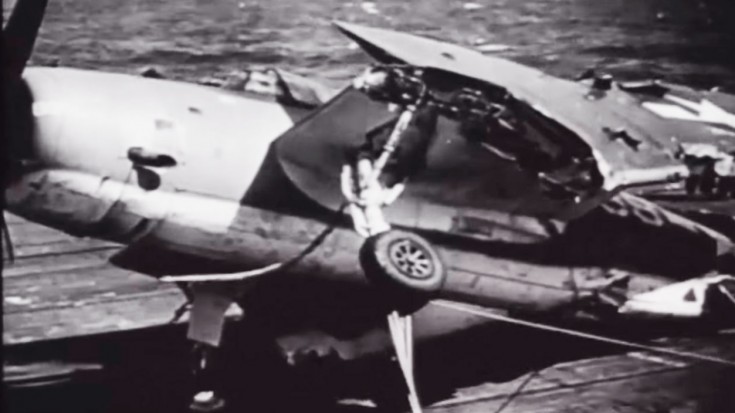 Like These Guys Needed Another Thing To Worry About

In just six months time, the 3rd Fleet was hit by two typhoons during World War II. This footage was caught during the second one, with the Pacific Ocean smashing the fleet with waves over 100 feet high. As you’ll see, the ships were damaged beyond comprehension, battling the rough seas just to stay afloat. After surviving that life or death ordeal, it was back to combat for these sailors.

Here are the ships involved in this typhoon:

As the narrator will tell you, this typhoon did a number on these unfortunate ships. With ‘planes getting tossed around like matchsticks’ as you can imagine, some of the actual ships faired even worse. USS Pittsburgh got 100 feet of her bow ripped off, while other ships got their decks wrecked by the waves.

Once the seas calmed however, the crews immediately sprung into action to clear the deck space of the carriers so they can get back into action. At the end of the day, one poor soul lost his life, but considering this footage, you’d imagine they’d be more casualties.