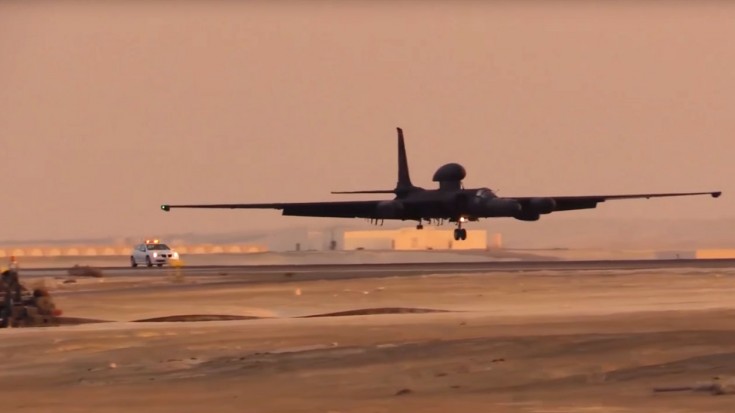 This Of Course Is A Joke!

This video was just released and as always, was immediately uploaded to the Gung Ho Vids channel on Youtube. As we couldn’t resist, we wanted to share it with you because it clearly shows the entire process of a U-2 Dragon Lady’s process of landing which is rare to see.

This particular aircraft was manned by a pilot from the 99th Reconnaissance Squadron. This is one of the oldest squadrons in the United States of America, as it was established in 1917 and has been active most of the years since. Right now, they operate U-2s one of which you’ll see here.

U-2 planes first took to the skies in 1955, just a decade after World War II!

This footage was taken at an undisclosed location on December 22nd, 2015 and shows exactly how tricky landing these recon planes really is. The headline was a joke of course, and the vehicle with flashing lights behind the plane is a chase car.

U-2s are the only planes in the U.S. fleet that need such a vehicle. The reason for it is simple. Since these planes can go up to 70,000 feet, their cockpit windows are small and narrow and their wings are massive.

All the engineering specs combined that make this plane what it is makes visibility for the pilot extremely limited. To add to that, they’re equipped with bicycle wheels which make the plane even harder to land, so the chase car is there as an extra pair of eyes and ears. Watch the video and the driver will tell you all about it.