US deploys bombers in response to North Korean missile tests 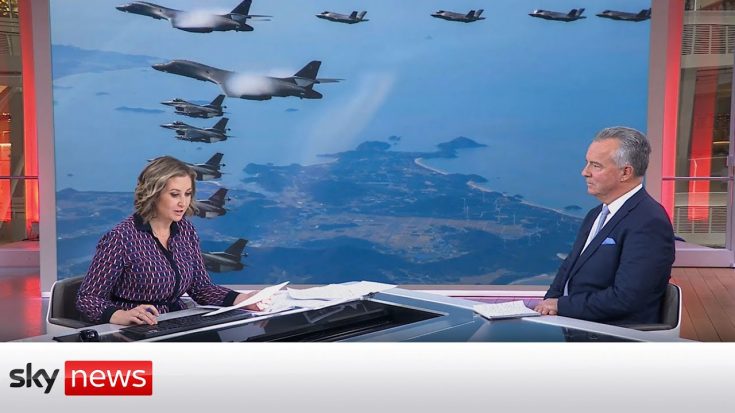 Last week, B-1B bombers have done joint aerial drills with other US and South Korean warplanes.
These drills showed the US security’s commitment to South Korea and the defense posture of the allies.

Recently, North Korea draw condemnation from the international community when it test-launched an intercontinental ballistic missile (ICBM.) which could carry multiple nuclear warheads and a range that could reach anywhere on the US mainland.

North Korean leader Kim Jong Un said that the ICBM is a “reliable and maximum-capacity” weapon that can contain military threats from the US.

According to the North’s Korean Central News Agency (KCNA,) “Kim Jong Un solemnly declared that if the enemies continue to pose threats to [North Korea], frequently introducing nuclear strike means, our party and government will resolutely react to nukes with nuclear weapons and to total confrontation with all-out confrontation.”

This statement suggests that North Korea will go on with weapon testing activities as the United States strengthens its commitment to its allies- Japan and South Korea.