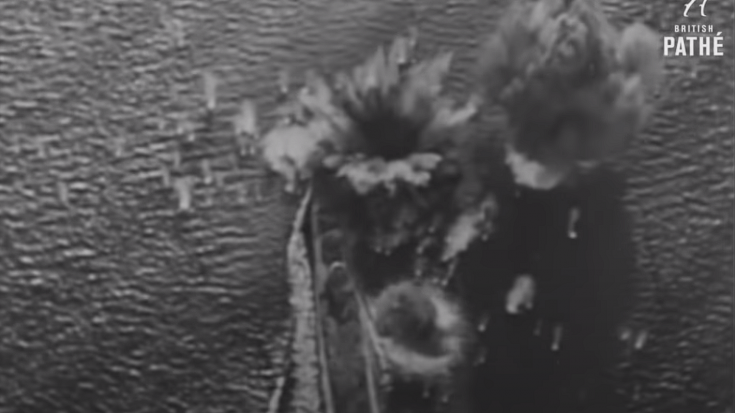 This has got to be one of the most intense black-and-white footage from WWII. The impact that those bombs left could be felt from your own screen!

The Japanese ship seen here was situated near Rabaul Harbor, undoubtedly a part of the New Guinea Campaign. With its major naval base in Rabaul being heavily bombarded by Allied planes, this cruiser had nowhere to go and nothing else to do except run.

It tried to sail as fast as possible but that wasn’t enough to outrun the American dive bombers deployed from a nearby aircraft carrier. Those Japanese ships that day virtually had no chance and this cruiser was not an exception. This cruiser was smothered by bombs and that was the last day it ever saw the sun.