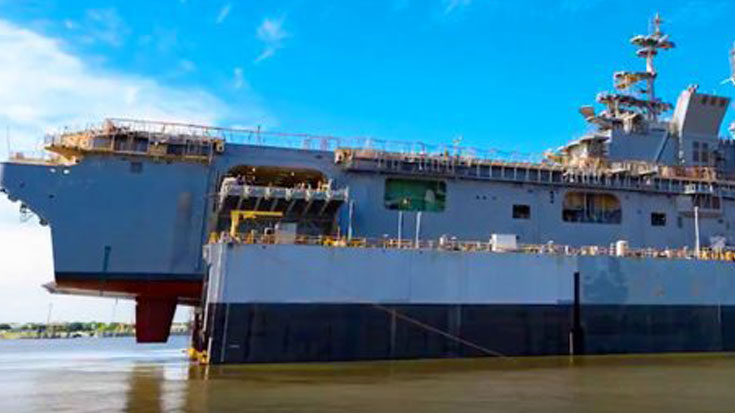 The United States Navy has been making big waves lately but their newest Amphibious Assault Ship is about to start making some really big waves. The USS Tripoli (LHA 7) has been completed ahead of schedule and is now preparing for sea trials.

The USS Tripoli is the second of a new breed of massive America-class assault ships for use in the US Navy. Measuring in at a staggering 844 feet in length, this vessel is designed to carry F-35B fighter jets on its carrier deck. The F-35Bs will take off vertically so the USS Tripoli has been built with heat-resistance materials to withstand the heat of the vertical take off.

“The amphibious assault ship will be equipped with an enlarged hangar deck, increased fuel capacity, improved maintenance facilities and additional storerooms to provide the vessel with an optimized platform for aviation capabilities.”

Upon its launch, the new assault ship will carry nine F-35Bs, 1,800 marines, and several heavy amphibious vehicles. The actual launch from the Ingalls Ship took 19 hours to float the USS Tripoli into the sea. Fortunately, this video is sped up so you can see the Tripoli launch under two minutes.