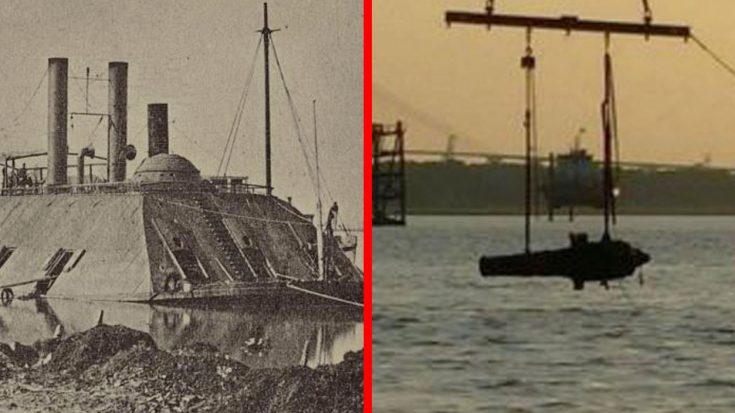 When exploring the vast reaches of the ocean you have the rare chance of stumbling upon something really interesting. Sometimes you find relics of WWII since the oceans are littered with remains of past battles. Or you might find something from an even older battle like the remains this 150-year-old Confederate Ironclad from the Civil War.

In the early 1860s when the Civil War broke out the agricultural-based South was lagging behind the industrialized North and needed to catch up to their military might. The Confederate Army built what may have been the most advanced warship the world had ever seen for the time, the Ironclad. This Ironclad Warship known as CSS Georgia defended coastlines from Northern attacks. The CSS Georgia was steam powered but it was so big that it actually had to be towed to defensive locations.

Although they have known the whereabouts of this legendary warship for some time, raising it to the surface has been problematic over the past 150 years. Fortunately, the US Navy comes prepared with advanced equipment to navigate the murky waters where visibility is at a minimum. Check out this video where the Navy brings a relic of the past out from its sunken grave.