US Releases Video Of A-10 Destroying Taliban Truck 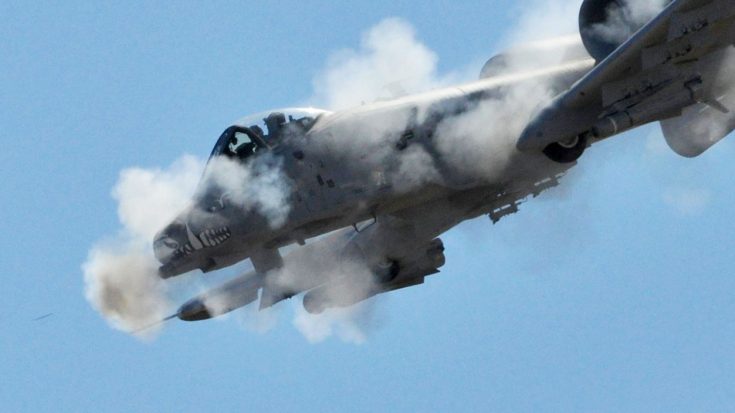 He Came Around Again Just To Make Sure.

At the end of January 2018, The U.S. Air Force Central Command Public Affairs Office released a video from the 94th Airlift Wing which is incredibly epic from the standpoint of any aviation enthusiast.

It features an A-10 doing what it was meant to do. Get in close and obliterate anything its GAU-8 is pointed at.

Getting intel that a Taliban vehicle was armed with a DShK 12.7 mm machine gun which was just used against friendly Afghans, an A-10 Thunderbolt II was sent the target and as you’ll see in the video, hit it dead on. Twice.

The first pass hit the target with four rounds that are clearly visible,  but just to be sure, the pilot went around again and made sure the job was done. We’re guessing it’s safe to assume no one in that truck was alive after that and the heavy machine gun was inoperable.

Check out the video for yourself.  Job well-done boys!