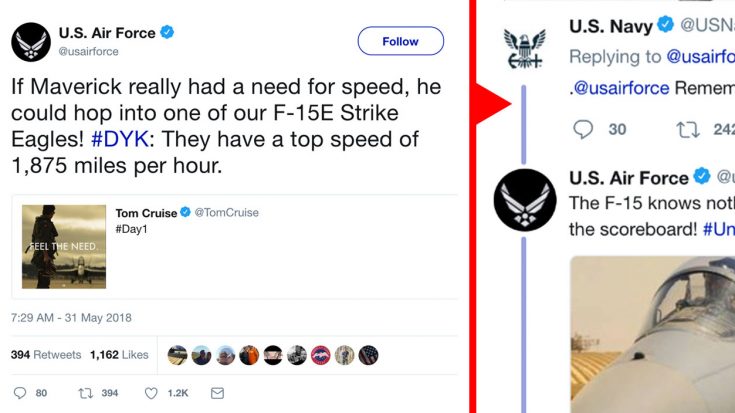 This morning we awoke to an affirmation that Top Gun 2 is actually in production. You can read the full story and get proof in this article here.

Long story short, we’ve heard whispers of this sequel being in the works for a very long time but Tom Cruise did confirm that the movie is actually in the production phase and is definitely, definitely being made. Whether or not this is a good thing is a whole other discussion entirely.

The United States Air Force was really quick to jump on the news and flex their muscles at the Navy. The Tweet below is a screenshot of the whole exchange. If you want to go to Twitter to see the entire thread, we added a link below as well. 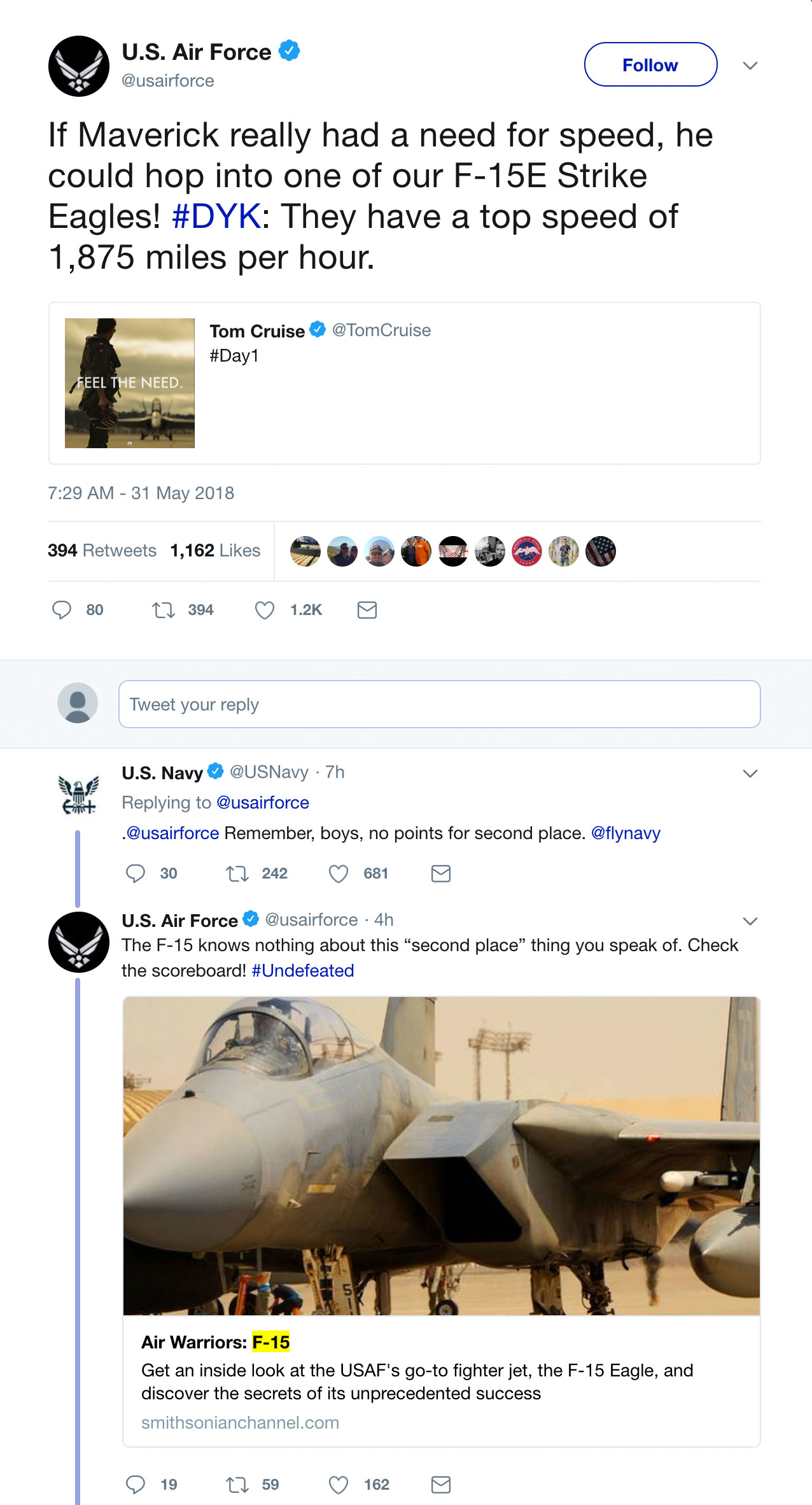 You’ve got to admit. That’s some funny stuff right there.

If Maverick really had a need for speed, he could hop into one of our F-15E Strike Eagles! #DYK: They have a top speed of 1,875 miles per hour. https://t.co/RQtJoWfGJo