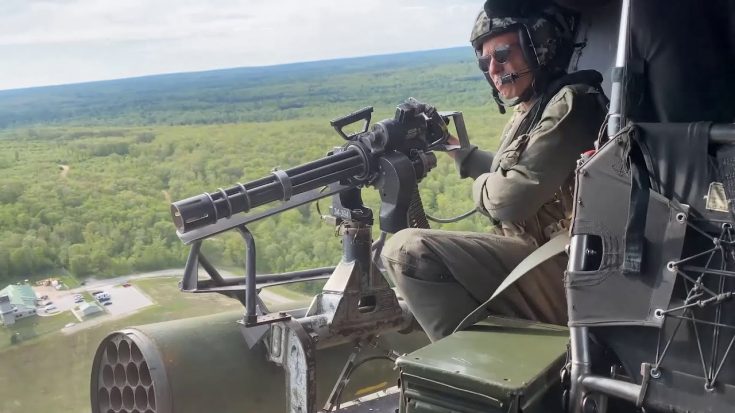 The Marine Light Attack Helicopter Squadron 167 of the US Marine Corps conducted close air support training on August 12, 2022, as part of the Northern Strike 22-2 exercise.

Two helicopter gunships were used during the exercise: the Bell AH-1Z Vipers and Bell UH-1Y Venoms.

In this video filmed by Sgt. Servante Cobra of the 2nd Marine Aircraft Wing, we get to see the Venom use its M-134/GAU-17 minigun. The minigun shoots 7.62mm caliber rounds from its six barrels at rates of between 3,000 to 4,000 rpm.

Its multi-barrel design helps prevent overheating while enabling it to have a higher firing rate. The gun also uses an MAU-201/A or MAU-56/A delinking feeder system to streamline the reloading process.

Aside from the UH-1Y, helicopters such as the UH-1 Iroquois, OH-6 Cayuse, and AH-1 Cobra, operated the guns during the Vietnam War.