USS Indianapolis: The Final Chapter Documentary Just Released – What The Survivors Had To Say 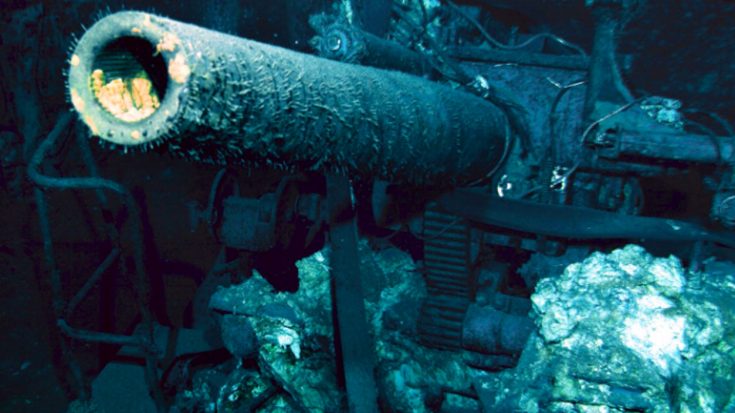 USS Indianapolis was the single worst loss of life incurred by the United States Navy. After being struck by two Japanese torpedoes on July 30th, 1945, the ship went down in 12 minutes taking with her approximately 300 of the 1195 sailors on board. In the days that followed, another 547 succumbed to fatigue, hypothermia and vicious shark attacks while waiting to be rescued.

The wreck faded into history for over 70 years until the wreckage was finally found on August 19th, 2017. Film crews took hours of video at the depth of 18,000 feet capturing the well-preserved wreck some of which you can see on PBS’ segment of USS Indianapolis: The Final Chapter which premiered in January of 2019.

Before release, survivors of the event had a chance to pre-screen the documentary. Although most of them were 18 when their ship went down, the recollection of their memories was very vivid as anyone can imagine.

Harold Bray was at that age when he survived the sinking and was stranded in the water for over three days watching his shipmates die right next to him. He recalled trying to save someone stating, “He was all messed up. His lips all blistered, he was floating around. I grabbed him and pulled him in. I tried to tie him to the raft, but I guess I didn’t get a good knot on him. He just disappeared.”

This was a common occurrence during those three horrid days. Another survivor, Edgar Harrell, made a profound statement before watching the documentary saying, “It’s much easier to die, believe me, than it is to live…You’ve got to fight to live. But all you’ve got to do to expire is just give up. Let your head drop in the water. And I saw that so, so many times.”

We thank you all for your service and bravery.

You can watch the trailer of the documentary below.