US Navy Reveals Fate Of USS Fitzgerald’s Leadership – Who Is To Blame? 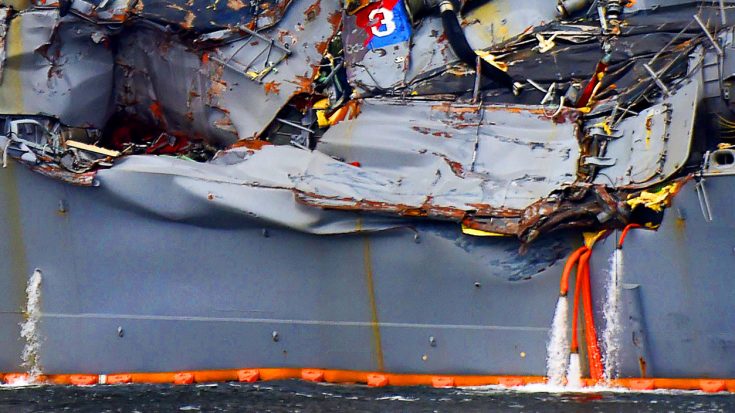 A few months ago the USS Fitzgerald collided with a large cargo ship off the coast of Japan. The crash took the lives of seven sailors and severely damaged the both vessels and left the US with many questions. Who could this happen? Was it terrorism? Who is to blame? Now they finally have answers and they know who is responsible and as a result, the leadership of USS Fitzgerald has been removed.

“The collision was avoidable and both ships demonstrated poor seamanship. Within Fitzgerald, flawed watch stander teamwork and inadequate leadership contributed to the collision that claimed the lives of seven Fitzgerald sailors, injured three more, and damaged both ships.”

This statement addresses USS Fitzgerald’s Commanding Officer, the Executive Officer, and Senior Non-commissioned Officer. Reports have indicated that the leadership made critical mistakes and should be held responsible for the loss of life and major damage to the vessel citing a loss of “situational awareness.”

Fortunately, most of the sailors were able to escape the flooding chambers and worked quickly to awaken any other crew members still sleeping. However, the leadership must be held accountable for the mistakes that led to a loss of life and thus they are removed from their roles. In the following clip, a simulation of the crash is provided to demonstrate how the incident occurred.