USS Saratoga Got One Final Landing, But It’s Not What You’d Think 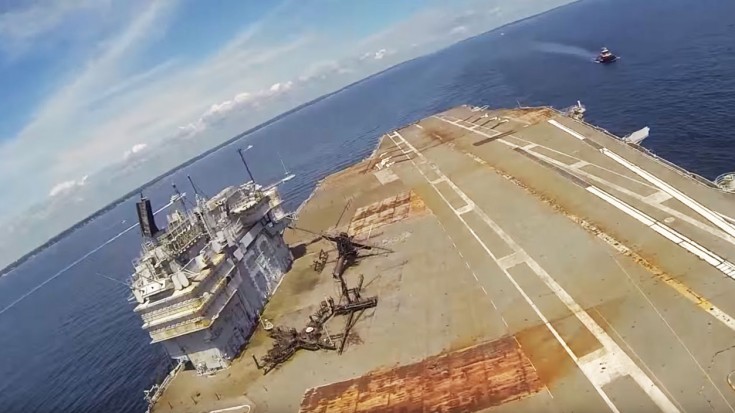 This footage was taken by Clint Walker (no, not the actor), the pilot of both the ship and the Rc Corsair you’re about to see in the video. This strangely weird combination might not be what you’d expect, but together makes for a pretty neat story and video.

Onboard the USS Saratoga, he was piloting the ship from Newport, Rhode Island to her final resting place in Brownsville, Texas. There, she was to be dismantled and recycled. On this sad journey however, Clint decided to do something fun in his downtime.

USS Saratoga was commissioned in 1956 and served for almost four decades until 1994.

Apparently an Rc enthusiast as well, he figured he’d give the ol’ Sara one final landing. Bringing an awesome little Corsair onboard the ship, he laid her down on an actual carrier deck and let her rip.

The takeoff was a bit choppy as the wind must have been a bit too rough for such a small plane, but she got up and Clint got us some amazing aerial views of Saratoga’s last trip out to sea.

Check out the full video below.