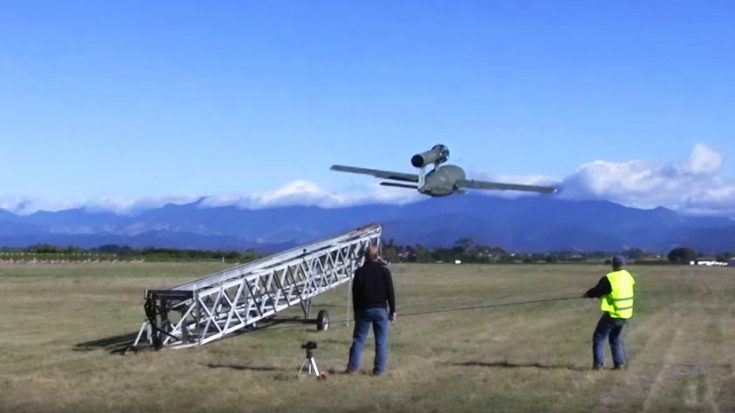 Although we’ve been fans of aviation since we can remember and have been doing this for a while, many things still surprise us. The V1 in this video is the latest thing to do so.

The V-1 Vergeltungswaffe or “vengeance weapon”, was typically called the “buzz bomb” or “doodlebug” by the Allies during World War II. It was basically a flying bomb (or an early type of cruise missile). They had almost 2,000 pounds of explosives loaded into them and were guided by a simple altitude and air speed regulator. During the war, England was hit by nearly 10,000 of them, causing significant damage.

Today, there are over 40 surviving examples across the world. They’re mostly in museums of course. If you’d like to see one, just click here to see if there’s one in a museum near you.

As for this video, it was a surprise like we said. Although we follow the newest builds and trends of the RC world, we’ve never even heard of someone making a remote controlled V-1 before. Well, it’s out there.

The guys in this video build it for the Classic Fighters Airshow back in 2015 and it’s quite spectacular. Check out this video and tell us we’re wrong.