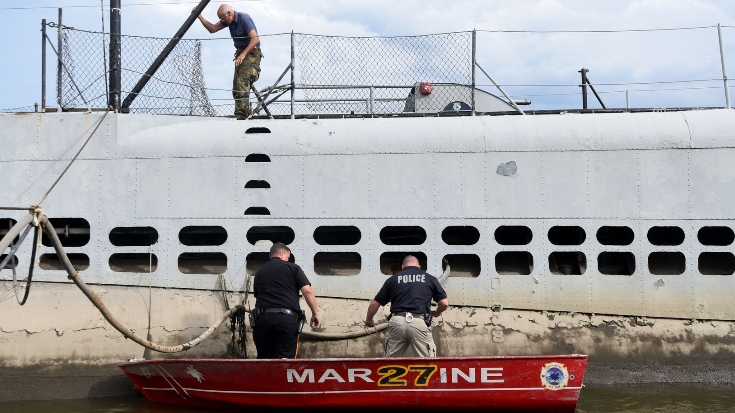 The USS Ling may not have seen much combat during WWII but she still stands as a monument to those who did serve. Since 1972, this Balao-class submarine has been an exhibit at the New Jersey Naval Museum. In a sick twist of fate, the USS Ling was targeted by vandals who may have caused irreparable damage to the vessel.

“This was a despicable act, and we hope law enforcement makes arrests and punishes the perpetrators to the fullest extent allowed.”

The New Jersey Naval Museum has fallen on hard times and was facing an eviction notice. The museum was complying with the eviction, but on the final day, Jack Brown a trustee of the Submarine Memorial Association noticed that several plaques dedicated to dead sailors were missing. To make matters worse, he found out that locks on the USS Ling were cut and the submarine was flooded with 10 feet of water.

“A lot of these things are one of a kind now from World War II and all of that stuff is destroyed now.”

Whoever did this knew exactly what they were doing. The missing plaques are valued at $10,000 but repairing the USS Ling could cost over $1 million. Police are examining the site for fingerprints or other traces of the criminals. The USS Ling will remain in its place despite the eviction due to damages.