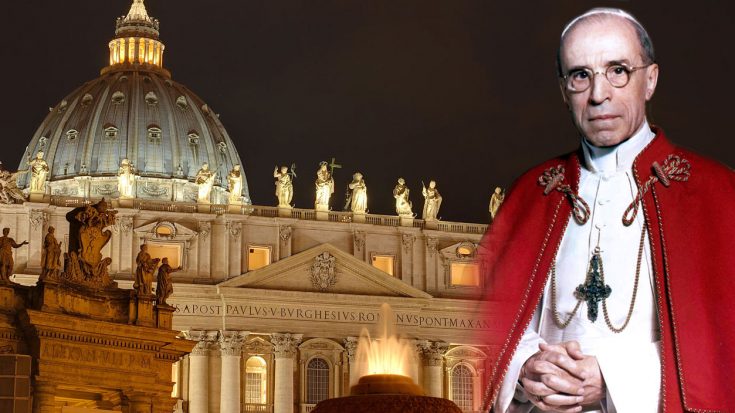 On March 4th, 2019, the Vatican with the direction of current Pope Francis announced it’ll release secret files from World War II.  The documents are said to contain the papacy of Pius XII who was the head of the church from 1939 to 1958, someone who some scholars accuse of covering the Holocaust.

The @HolocaustMuseum, @AJCGlobal and Chief Rabbi of Rome weigh in on the Pope’s decision to open the Vatican’s secret World War II archives https://t.co/waqf5Gc7XE

Jewish communities have been calling for a release of these files for decades, many claiming the church did not do enough during that time to stop Hilter’s systemic extermination of their people. During that period, the Vatican claimed a policy of “neutrality,” making sure their land was not touched during bombing raids.

Pope Francis told reporters, “The church is not afraid of history,” adding he’s aware the release of the files might stain the reputation of Pope Pius XII. Although many sources state the Vatican fought hard during that time to save as many Jews as possible from Nazi hands, many believe it was just “lip service” and the church’s actions leaned more towards its own survival than helping others.

The documents, which are said to be released soon, should put an end to that debate.