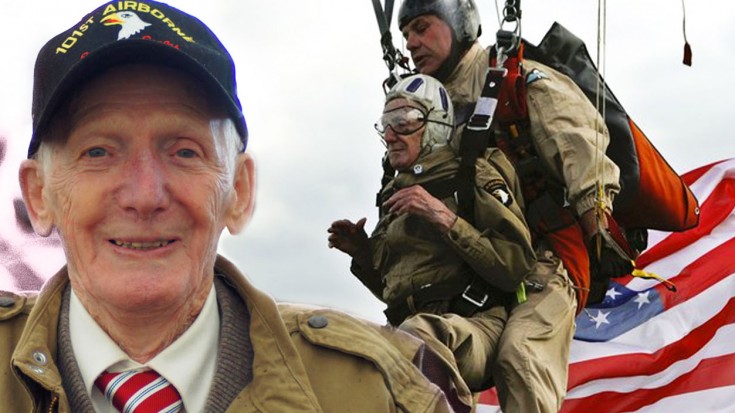 In 2014, Jim Martin, known as “Pee Wee,” parachuted out of an airplane. Ordinarily, this would not be story, but Pee Wee is a World War II veteran, and a 93 year old one at that. In Normandy, France, people gather every year on June 6th to commemorate the iconic invasion in 1944 and this vet was one of them. Pee Wee was a paratrooper with the 101st Airborne Division which got dropped into France more than half a century ago, a feat he now repeated with the exception of enemy fire.

Did it remind you of back then, when you jumped 70 years ago?
No, no it didn’t, because there wasn’t anybody shooting at me.”

On D-Day, 1944, The 101st Airborne paratroopers began dropping into France just after midnight. Tasked with capturing causeways and taking control or destroying strategic bridges, their mission was difficult from the start. With heavy cloud cover, the C-47 Skytrains that transported them could not fly in formation, some flying lower to gain visibility only to get shot down. Many paratroopers were dropped far from their intended targets, scrambling to reorganize and accomplish their missions. Despite the adversity however, the 101st managed to disrupt German communications and movements and set up a defensive line like they were supposed to.