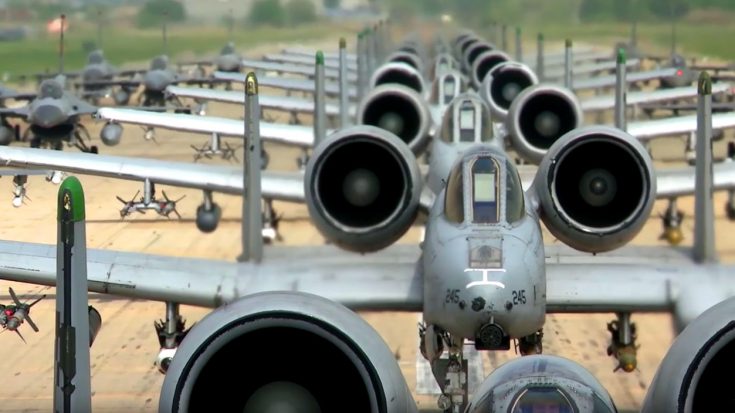 North Korea has been talking a lot of trash and making a few moves, but they aren’t smart moves. Their recent missile test that landed in the sea of Japan was an attempt to flaunt their destructive power. In response to North Korea’s “attempt,” the United States Air Force is showing true military strength with a large group of A-10 Warthogs and F-16 fighter jets.

“North Korea last month fired four ballistic missiles that flew about 1,000 kilometers (620 miles), with three of them landing in waters that Japan claims as its exclusive economic zone.”

Those missiles were too close for comfort and the United States Air Force isn’t about to let any innocent lives be lost. Should worse come to worse the US Air Force is prepared to retaliate with the combat jets stationed at Osan Air Base in South Korea.

“[Osan Air Base] is a facility so critical that war planners believe it’s the North’s No. 1 target should hostilities break out.”

Osan Air Base is the first line of defense located only 50 miles away for the Korean demilitarized zone. The presence of A-10s and F-16s might be painting a bullseye on the base, but it has been proven so far that North Korea’s aim isn’t very good. Check out this clip of the A-10 Warthogs and F-16s form up in an Elephant walk at Osan Air Base.