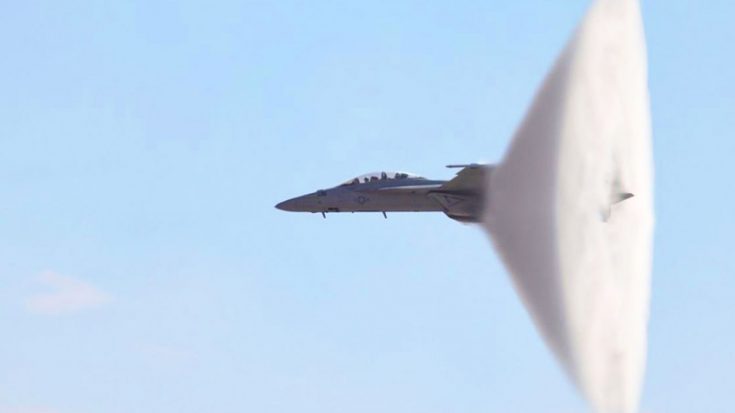 On October 14th, 1947 Chuck Yeager did something no pilot had ever done before. While flying in the experimental Bell X-1 he reached a speed of 767 mph and broke the sound barrier. The speed more commonly known as Mach 1 came had some interesting effects never before seen in aviation. The moment Yeager hit Mach 1 a cone-shaped cloud appeared, followed by a loud boom. The vapor cloud and the sonic boom are two things that happen when the sound barrier breaks.

Pilots within the aircraft don’t hear the sonic boom because they are traveling faster than the sounds they create. The other thing that happens is the vapor cone around the aircraft. This cloud is created by a change in air pressure which causes the temperature behind the jet to drop very quickly which creates water vapor. 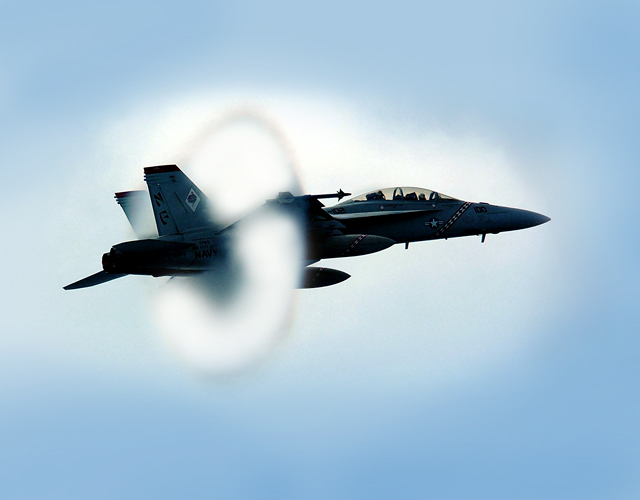 So that’s the basic explanation behind it and now here is a really cool video of jets blasting past the sound barrier.