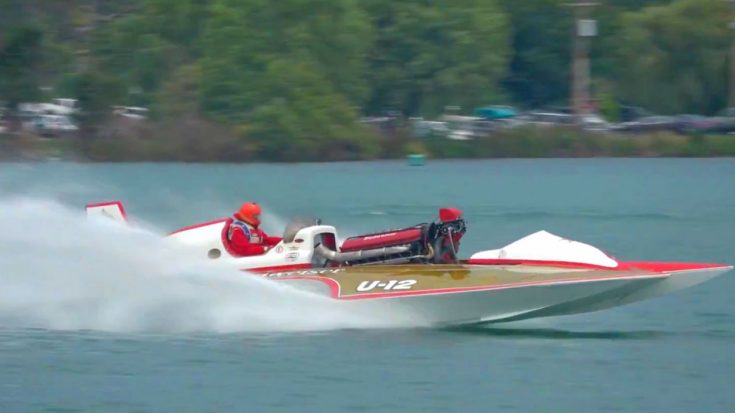 We all love the P-51 Mustang, it is one of the most iconic fighter planes of World War II. We love the look, we love the ability, the power and the speed of the P-51 and seeing it fly. But down at Detroit Hydrofest, some vintage boats were upgraded with P-51 Mustang engines and now they can really show some speed.

The boats are vintage hydroplane racing boats from 1957, they are already beautiful and fast but they have had some amazing modifications. Some brilliant engineers got the incredible idea to outfit these hydroplanes with Allison V-1710 engines. The Allison V-1710 is an engine commonly used in the P-51 Mustang and the P-38 Lightning. If you can’t fly in the sky then you can you still hit the waves.

“Engine and drive were overhauled by George Czarnecki a respected, professional aircraft engine rebuilder of 40 years experience. Miss U.S. is one of less than 10 similar operational vintage Unlimited hydroplane boats of this type that survive today.”

These Hydroplanes move through the water so fast that they have rightfully earned the title of “Thunder Boats.” If anyone says that boats can’t fly, then they haven’t seen them hitting the waves with a 1,500 horsepower engine like in this absolutely crazy video.