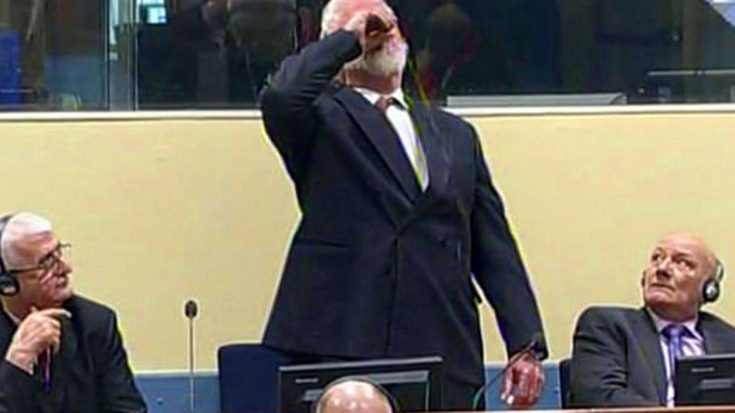 General Praljak immediately stood up and objected to their ruling to declare that he is no war criminal. The judges told him to sit down then he immediately pulled a tube out of his pocket and drank the contents. The judges suspended the courtroom and a few hours later Praljak was dead from ingesting poison.

“I just drank poison! I am not a war criminal. I oppose this conviction.”

Famous last words from a man who once tried to ethnically cleanse Bosnia of all its Muslim residents. These tyrants can’t seem to take a lesson from Adolf Hitler that Genocide does not work out in your favor. Film of General Praljak final moments with his last drink can be viewed in this clip. Warning it is a little graphic on the graphic side so don’t watch if you are squeamish.