Warhawk, Kittyhawk Or Tomahawk…We Get To The Bottom Of The P-40 Discussion 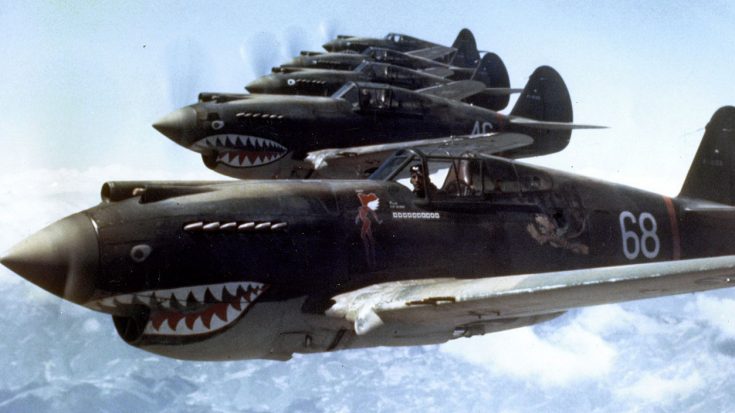 As we’ve been writing about World War II aircraft over the years, we’ve noticed some people are really adamant about the P-40 being called Warhawk, which is correct. To an extent.

Depending on what story we wrote, we’ve called the P-40 by other names as well but that all depends on the type of story. Writing about the Kittyhawk, for example, we’ve received many angry messages about getting the name of this famous warbird wrong.

Well, we weren’t wrong and this is why.

Yes, when Curtiss-Wright first introduced the airframe in 1938 it was designated the P-40 Warhawk. The United States Army Air Corps (USAF now), kept that name for all the variants of the P-40s until they were discontinued in 1944. This aircraft was not used exclusively by the United States, however.

Also used by the British Commonwealth (comprising of 53 voluntary sovereign states) and the Soviet Union at the time, certain variants of the P-40 were given different names to distinguish them from the “legacy” airframes. The P-40Bs and P-40Cs were named Tomahawk and any model after and including the P-40D were called Kittyhawk.

The main difference of the Tomahawks was the addition of extra machine guns in the wings, self-sealing fuel tanks and the installation of underbelly drop tanks.

The Kittyhawks, which span from model P-40D all the way to the P-40R, had many additions as you can imagine. From more powerful engines to the introduction of bubble canopies on a few of them, the final production models were called by that name.