Was Germany’s Anti-Aircraft Program More Effective Than The Luftwaffe? 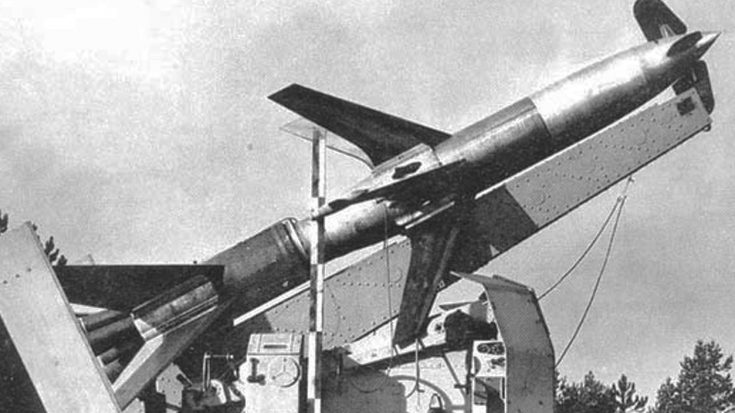 In the later years of WWII Germany found itself on the defensive side rather than the offensive as Russian and American forces marched on their territory. The Luftwaffe was dwindling and Germany desperately needed a deterrent for the American bomber planes destroying their cities. Anti-aircraft guns were the norm used to attack hostile bombers at the time but their accuracy was questionable so Germany needed another solution and anti-aircraft missiles were given a chance to be their savior.

Missile technology was relatively new during WWII, the most famous airborne bomb being the German V-2 Rocket designed by Wernher Von Braun. Using rocket technology as a basis Nazi Germany used a variety of missiles ranging from the Taifun which was a smaller aimless bomb fired in high numbers, all the way to the giant Wasserfall missile which could reach supersonic speeds and be controlled by radio frequencies.

Although these surface-to-air missiles could be guided by radio frequencies their operators were not counting on them to always strike their targets. To compensate for their potential lack of accuracy they were given large warheads in to maximize explosive potential and send shrapnel into the target area. Bismarck has prepared an informative look at the history and at the history and reliability of Germany’s anti-aircraft missiles.