Kittyhawks At Play: Turn Up The Volume On This One 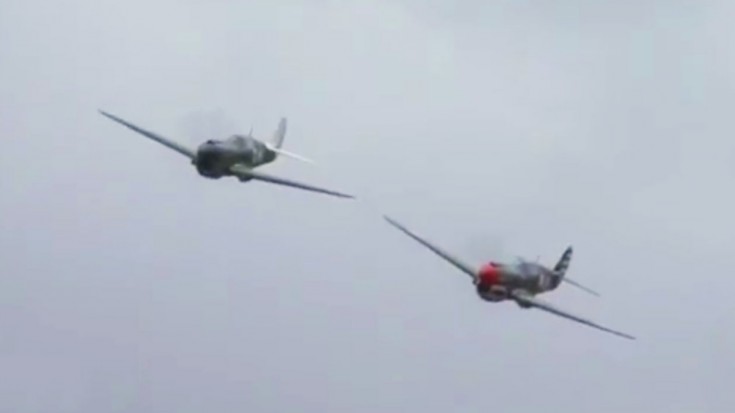 This Video Has Amazing Sound, So Crank It Up!

The Curtiss P-40 Warhawk was produced from 1939 to 1944 at a price of $44,892 dollars (approx. $700,000 today.) Because of its low cost, it was the third longest manufactured American fighter. This single-engined, single-seat fighter had two other popular names, namely, Tomahawk and Kittyhawk, depending on the models and for what forces they flew. It was also the first Allied plane to feature the ‘shark mouth’ logo which was used on some of the Axis’ planes as well.

Here are some notable features of the Warhawk:

These Kittyhawks were taped at the Wings Over Wairarapa airshow and do some awesome low fly passes! The camera man must have had a great microphone too, so for your enjoyment, turn up the volume!