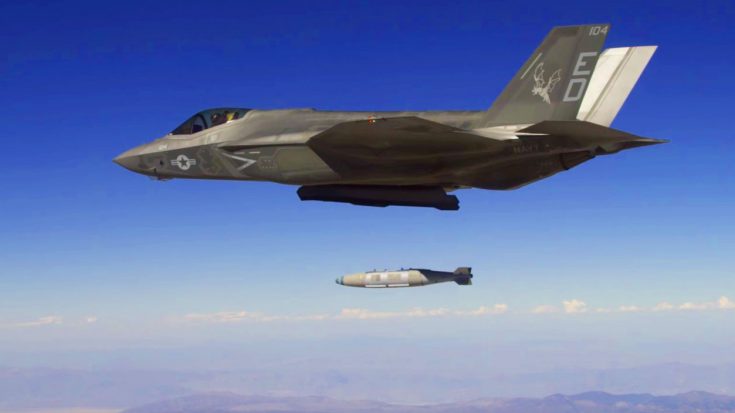 The Lockheed Martin F-35 Lightning II is the talk of the town among the aviation community. There is a side that praises the innovative technology such as its vertical and full-view helmet. However, there is the opposition who decries the F-35 for its excessive trillion dollar development cost and untested combat capability. The innovative technology is a nice perk but on the other hand what about those weapons? The fighter jet carries 18,000 lbs of ammunition which includes air-to-air missiles, 25 mm cannons, guided bombs and much more.

“The WDAs rely on the full capability of the F-35 — multiple sensors, navigation, weapons envelope, mission planning, data links and inter-agency range scheduling — all working in sequence to put steel on target.”

With the onboard weapons system the F-35 functions as a fighter, a bomber as well as a dogfighter. A live weapons demonstration took place at Edwards Air Force Base to show its capabilities. Take a look to see just how powerful the weaponry of this fifth-generation stealth fighter.