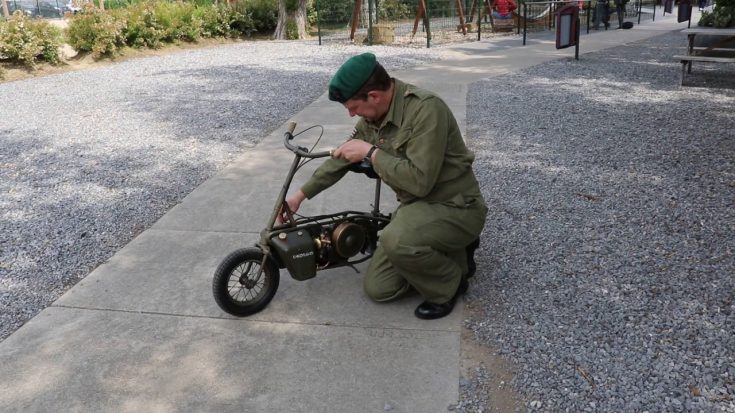 We were not expecting the sound that came from that Welbike – it doesn’t fit its size at all! These bikes were clearly not meant to be comfortable or stylish, they prioritized practicality.

It came from Lt-Col. John Dolphin’s idea of an air-transportable motorcycle. The bike could be placed in a parachutable conventional container that had a 130x30x30cm measurement. Welbikes were used by paratroopers in Italy and Normandy as part of Operation Overlord.

The troops found it hard to use these bikes due to the process they had to go through to retrieve them after landing. The containers had to be hunted down and starting it up also took about 11 seconds which can be quite long if you’re in the front.