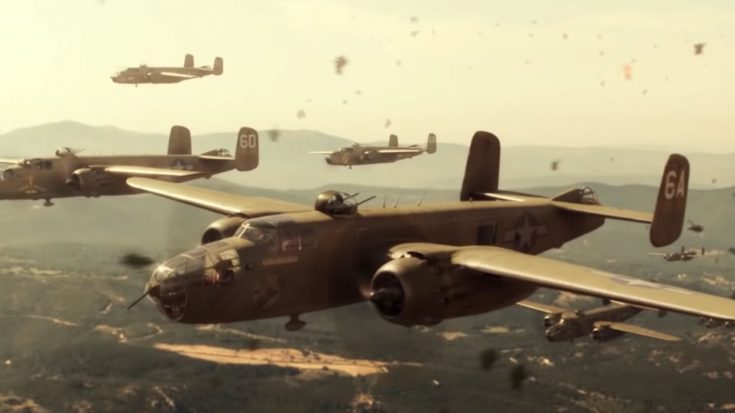 Since Band of Brothers and The Pacific back in 2001 and 2010, television has been lacking a good show or even movie about World War II. Not to say the bar wasn’t set high as these two shows were hailed as the best depictions of World War II ever made but since then, nothing has come close.

The internet content provider and now producer, Hulu, will release a new show called Catch-22 on May 17th, 2019. Produced and directed by Goerge Clooney, it will star Clooney himself next to a star-filled cast including  Grant Heslov, Luke Davies, David Michôd and Steve Golin.

Not to say that it’ll measure up to the aforementioned shows as we’ll just have to wait and see for ourselves, but the trailer (which we provided below) seems pretty entertaining but more importantly, real.

Described as a satirical dark comedy, Hulu summarized the show as being “the story of the incomparable, artful dodger, Yossarian, a US Air Force bombardier in World War II who is furious because thousands of people he has never met are trying to kill him. But his real problem is not the enemy, but rather his own army which keeps increasing the number of missions the men must fly to complete their service. Yet if Yossarian makes any attempt to avoid his military assignments, he’ll be in violation of Catch-22, a hilariously sinister bureaucratic rule which specifies that a concern for one’s own safety in the face of dangers which are real and immediate is the process of a rational mind; a man is considered insane if he willingly continues to fly dangerous combat missions, but a request to be removed from duty is evidence of sanity and therefore makes him ineligible to be relieved from duty.”

That’s a mouthful, but judging by the trailer, it seems the actors are really vested in portraying war-weary characters who need a break. Because the show is based on a book written by a man who was actually there, it’s safe to assume realism and historical accuracy will be on the forefront.