WestJet Boeing 737 Almost Crashed Into The Water At St. Maarten 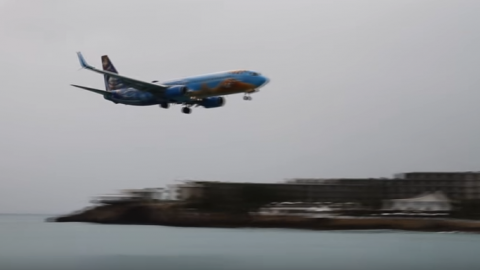 The fact that the plane is trying to land at the Saint Maarten International Airport already poses as a risk. Why? It’s one of the most dangerous airports in the world. There are so many factors that make every landing a hair-raising experience but two of those include a short runway and as you can see, it’s near a very crowded beach.

It was only a few feet from the water! Good thing the pilot was quick to perform a go-around because that was a seriously close call.

Fun Fact: It’s more formally called Princess Juliana International Airport after the crowned princess Juliana of the Netherlands who landed here back in 1944.

If you look closely, the first approach was pretty low. It would have been extremely dangerous for the passengers on the plane and of course, the beach-goers down below.

What do you think went wrong here? Could the wind have played a crucial factor? Share it with us in the comments!