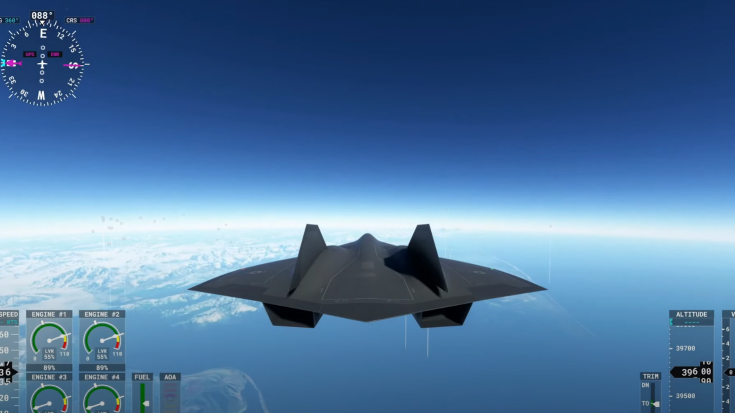 One More Roll decided to simulate Mach 50 speeds by flying at 30,000 true airspeed using the Darkstar.

To those out of the loop, the Darkstar was one of the stars of the film “Top Gun: Maverick”. Though the hypersonic aircraft doesn’t really exist, engineers at Lockheed Martin did help in developing the futuristic aircraft.

At such speeds, any object would displace enough air to create a resounding sonic boom. However, it would also have to overcome the friction of the air as drag increases. At first, this could lead to extreme turbulence until it completely incinerates the aircraft and its crew.

So far, the closest we’ve ever gotten to that speed was through the unmanned NASA X-43 experimental aircraft which set the record at approximately Mach 9.6. We can only hope to see an aircraft achieve Mach 50 in our lifetimes.