What Exactly Were Those WWII-Era Balloons Used For? 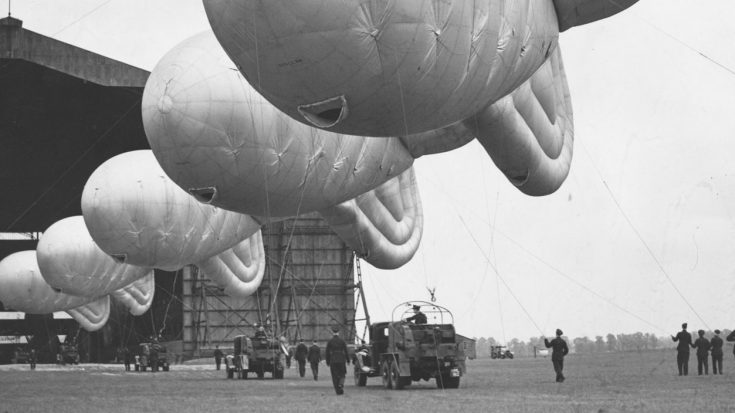 When you look at pictures of Allied outposts during WWII it isn’t uncommon to see balloons hanging overhead. You don’t think too much of them because they are just background noise while so many things going on elsewhere. So what is the deal with the Barrage Balloons?

Barrage Balloons are actually there to serve a defensive purpose among other things. These are tethered to the ground by strong cables which are usually positioned above bases or aircraft which are susceptible to attacks such as cities or industrial locations.

The idea was to get an enemy fighter caught in the wire which would be strong enough to tear through its wing. However, in the event of a plane getting caught on a loose wire, it could detach itself, hang on to the plane and deploy parachutes to increase drag and damage the plane.

Sadly these balloons did little to deter attacks from high flying planes which could simply go over them. For a demonstration of how Barrage Balloons work, check out this archival footage.