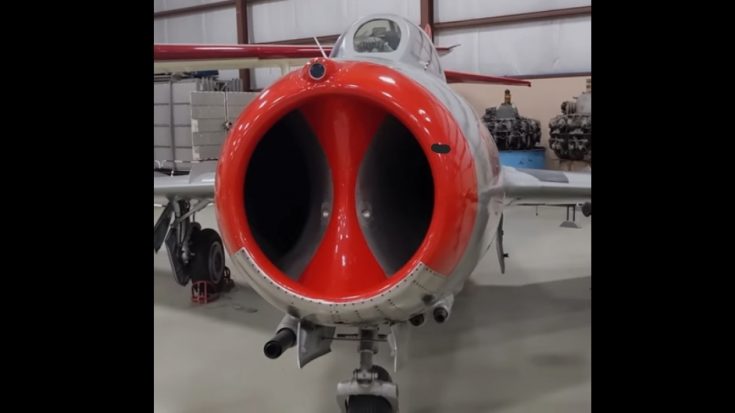 Not For A Nose Ring

AirZoo’s MiG-15 has a hole on its nose and nobody’s quite sure what it’s for. No, not the bigger ones – those are the split air intakes. The hole in question is much smaller and can be found between the intakes.

According to AirZoo and their viewers, it could either be two things.

First and foremost, the hole might have been used to hold the inlet cover. The cover is put on the intakes to keep foreign objects out while in storage.

On the other hand, it could also serve as a tow point. A steel rod would have been placed through the hole, which is then hooked on ropes, so the aircraft could be towed on the ground.

Well, whichever it is, it’s definitely not used for a nose ring.