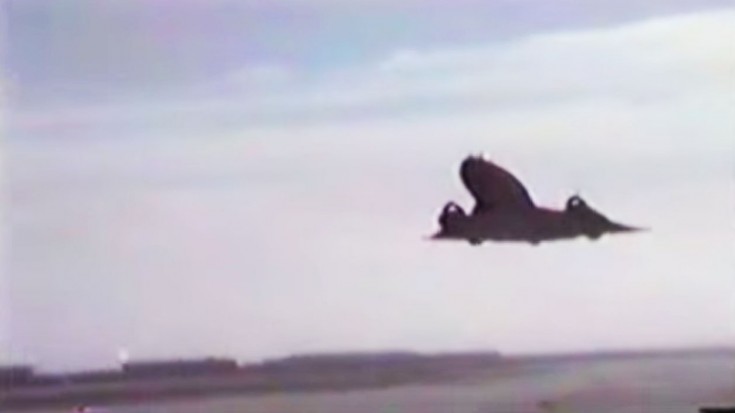 What We Wouldn’t Give To Be There!

This great shot was filmed in October of 1987. Taking off from Air Force Plant 42 in Palmadale, California, the cameraman was given word ahead of time of the departure. Obviously not wasting an opportunity, he stood at the end of the runway to capture this spectacular event.

Expertly piloted by B.C. Thomas, a pilot which logged over 1,200 hours in this particular aircraft, it was pretty safe for the cameraman to be where he was. Believe it or not, this video was actually uploaded by the aforementioned pilot, so we have a lot of information that otherwise would have been lost.

Taking us step by step, Thomas explains that on this particular flight the SR-71 was fully loaded with fuel. That’s odd, because as most of us know these planes typically had just a bit of fuel because they leaked like crazy until the airframe heated up and expanded.

Also, he explains why during liftoff he kept the plane level for a while. Apparently, the best and safest way to get this bird off the ground was to get a steady speed increase after the wheels left the ground. The best speed was at 260 knots with single-engine control, and then pull up and kick it to 400 knots before increasing airspeed and start the final climb.

The more you know!