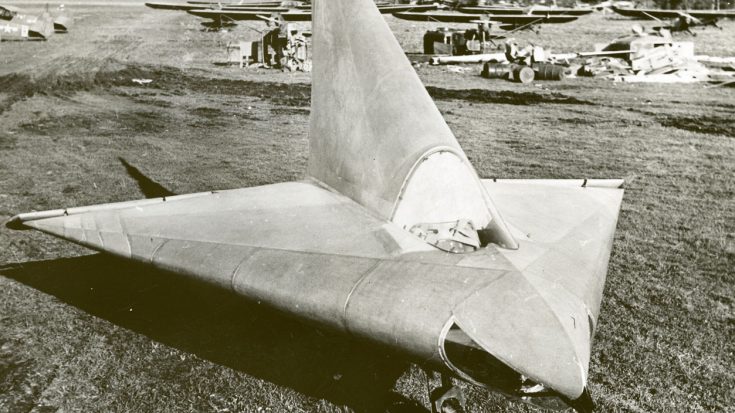 Desperate times call for desperate measures and the final years of WWII got desperate for Germany. With Allied Forcing advancing on their territory, German scientists began developing experimental weaponry in the hopes of defeating the Allies. Some of these late-war German creations include the V-2 Rocket, the Me 163 Komet and the Ho 229 fighter. Another German aircraft that is seldom spoken about is their supersonic ramjet, the Lippisch P13a.

As fuels became scarce for Germany in the later years of the war alternative energy sources were proposed for aircraft. The idea for an aircraft powered by coal came to fruition and quickly went to the drawing board. Created by Dr. Alexander Lippisch as part of the Messerschmitt development team the Lippisch P13a came to life.

At this stage in the war, development of the P13a became focused towards a role as an interceptor to defend against bombing raids. Although this secret glider never made it past testing phases it brought a lot of innovative ideas for the development of future aircraft.

These experimental aircraft may not have changed the war in favor of the Germans their post-war contributions certainly helped the world of aviation. Rare footage of the secret ramjet can be viewed in this clip, possibly the only time a P13a was recorded in flight.