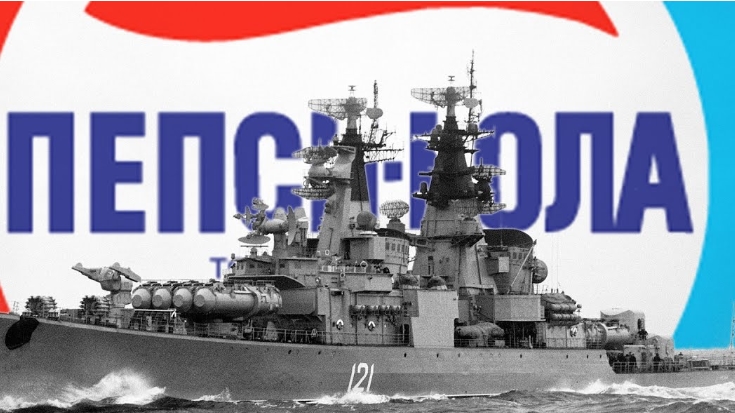 As the United States and Soviet Union descended into the Cold War they struggled to outpace one another. Each side developing their armies, fighters, bombers and a variety of dominance to achieve the title of true world power. However, in the war of communism vs. capitalism, Pepsi actually emerged to create one of the world’s biggest militaries.

There are some corporations that have more money than organized nations, but there is a tale behind Pepsi’s military. After Joseph Stalin’s death, there was a brief lax in aggression between America and the Soviet Union opening an exchange. The Soviet Union hosted an event called the American National Exhibition, showing off a variety of American products for trade.

Pepsi was among the American companies present at the American National Exhibition. Head of Pepsi International Donald Kendall became determined to establish Pepsi in the Soviet Union. Vice President Richard Nixon and Premier Nikita Khrushchev engaged in a friendly debate of capitalism against communism. As the two began taking jabs at each other, Kendall insisted that the two calm down over a Pepsi. The sight of a communist leader and a capitalist Vice President bonding over a drink initiated the rise of Pepsi.

Demand for Pepsi in the Soviet Union skyrocketed over the new few years, eventually becoming their dominant soft drink. Due to a difference in currency, the United States began to exchange Pepsi for shipments of vodka.

By the late 1980s, the Soviet Union began to crumble they could not meet the demand. They worked out a deal to trade $3 billion worth of Pepsi in exchange for naval vessels. PepsiCo received a destroyer, a frigate, a cruiser, and 17 submarines. US National Security took issue with PepsiCo becoming Earth’s sixth largest navy, but Pepsi’s CEO had this to say.

“I’m dismantling the Soviet Union faster than you are.”

Of course, the Pepsi Navy was not meant to last as the vessels were sold to a scrap yard. Pepsi was a force to be reckoned with, fortunately, they didn’t turn their guns on Coca-Cola. This video from Business Casual shows the history of soft drinks in the Soviet Union and the Pepsi Navy.