When The Luftwaffe Created Their Own Mosquito 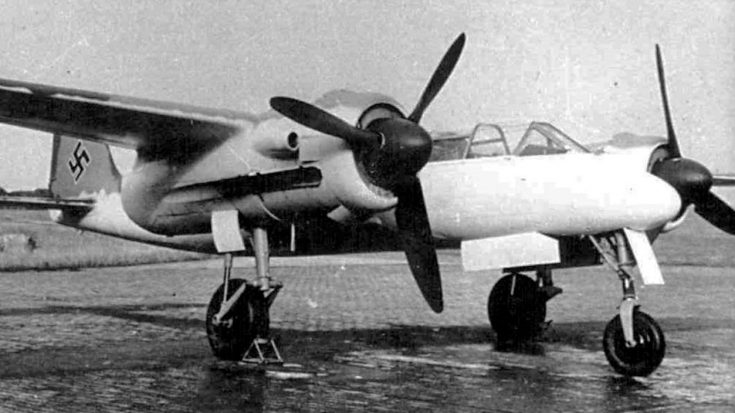 We all know the de Havilland Mosquito, a plane that succeeded as a fighter and redefined bombers during WWII. The marvelous plane with the wooden airframe shows that it could perform just about any role. The German Luftwaffe was also quite impressed by the performance of the Mosquito and set off to build their own version.

Designed by Kurt Tank this plane was officially known as Focke-Wulf Ta 154 or just as “Moskito.” This plane came about to fulfill the Luftwaffe’s desire to have a fighter that exceeded speeds of over 400 mph. To achieve such high speeds, the airframe like the DH Mosquito would have to be constructed from wood rather than metal.

The key component to crafting the Moskito’s wooden frame was a resin called Tego film. Using Tego film would give the wood enough strength and durability to hold the plane together under the pressure of the high speeds. Fortunately for the Allied Forces, they managed to get a lucky strike against the Germans to ensure that the Focke-Wulf Ta 154 would never get off the ground in high numbers.

“There was just one production plant for suitable glue, which was destroyed by a bombing raid. This was the main reason which hindered further production. The production was canceled after 8 prototypes and 7 pre-serial planes.”

With the destruction of the factory, the Moskito’s fate was sealed simply because the wood used for it could not be sealed. The Focke-Wulf Ta 154 never really had a chance to prove itself in aerial combat but as you can see in this clip it might have been able to go toe-to-toe with the de Havilland Mosquito.