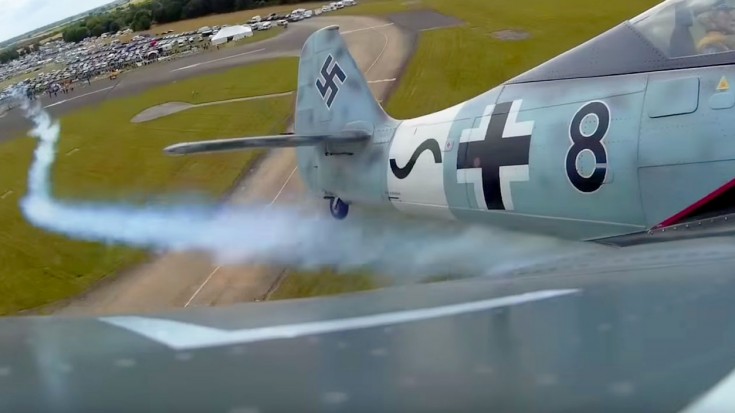 This awesome footage was filmed at the 2-15 BMFA Power Nationals, the largest RC flying show in Europe. This event is held at the RAF Barkston Heath in Lincolnshire, England which used to be home to the 61st Troop Carrier Group of the 9th USAAF during World War II. One weekend a year, this historic place is filled with thousands of spectators that are there to see some of the most amazing flying action around.

Here are some of the RC warbirds you’ll see in the video:

The British Model Flying Association is actually the National Governing Body of model flying. They are comprised of almost 800 affiliated clubs that collectively have over 36,000 members. The group dates back to 1932 and have by now become expert organizers of this event. With so many people both flying and attending, each year the whole event runs smoothly with attendance growing as this even attracts more and more hobbyists.