Which 3 Of These 7 Top WWII Fighter Planes Would You Put On Your Team? 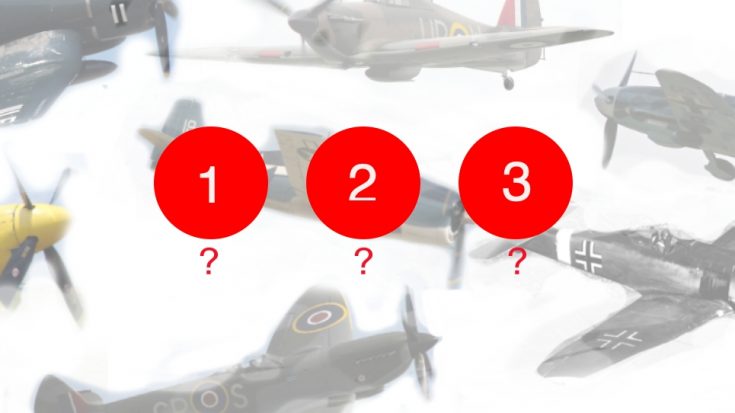 WWII was a time of brilliant innovation that produced some remarkable aircraft. With the stakes unbearably high, coming up with a good design and getting it in the hands of skilled pilots was not just a matter of national pride, it was a matter of life or death.

All these years later though, it’s still debatable who had the best. Here are 7 of the many incredible fighters. If you could choose 3 of these fighters to have on your team, which 3 would you choose?

You’d be crazy not to pick this legendary fighter. It’s one of the most celebrated planes of WWII in its entirely, and for good reason. Originally intended as a short-range interceptor, its variants took on many more roles. The Spitfire was famously powered by a Rolls Royce Merlin engine.

Another iconic figure, the Mustang’s performance soared when combined with the Merlin engine. Used to escort bombers, it actually had a greater range than Spitfires. It also excelled in ground attack missions.

Don’t forget about this German menace. This plane started out as as a low-altitude high speed interceptor to counter the Spitfire. Its speed, climb, and weapon capabilities were shocking. Early versions lacked agility but that was soon remedied, and a fight between one of these and the Mustang was a fair one.

Though a predecessor of the Focke-Wulf Fw 190, this plane was one of the best planes of all time. Great at high altitudes,  it was one of the most important fighter of the Luftwaffe.

The Hawker Hurricane actually shot down more planes in the Battle of Britain than the Spitfire did. Though it may not have quite the same prestige, it’s a plane that you should seriously consider. Steady and well armed, the fabric covered Hurricane powered by a Rolls Royce Merlin was accurate and tough.

The Hellcat was the great nemesis of the Zero. Rugged and well designed, this unholy beast of a carrier based fighter destroyed more enemy aircraft than any other Allied aircraft during the war (5,223). Powered by a Pratt & Whitney Double Wasp, it did so well that it was hardly modified at all.

This zoom and boom had all the star power. It was definitely one of, if not the most, capable carrier based fighter-bombers of the war. Some Japanese certainly regarded it as the most formidable.

We could go on to include more, but you get the idea! Weigh your options carefully, and let us know which 3 are your top.